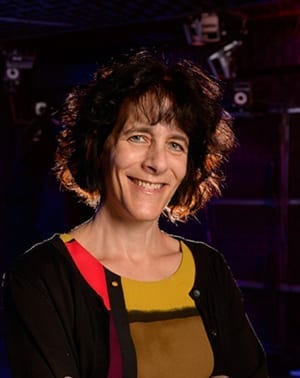 Cynthia F. Moss is Professor of Psychological and Brain Sciences, with joint appointments in Neuroscience and Mechanical Engineering.  At Johns Hopkins, she directs the Comparative Neural Systems and Behavior Laboratory, aka the Bat Lab. Moss received a B.S. (summa cum laude) from the University of Massachusetts, Amherst and a Ph.D. from Brown University.  She was a Postdoctoral Fellow at the University of Tübingen, Germany, and a Research Fellow at Brown University before joining the faculty at Harvard University.  At Harvard, Moss received the Phi Beta Kappa teaching award and was named the Morris Kahn Associate Professor. She also received the National Science Foundation Young Investigator Award.  She later moved to the University of Maryland, where she was a Professor in the Department of Psychology and Institute for Systems Research.  At Maryland, Moss served as Director of the interdepartmental graduate program in Neuroscience and Cognitive Science.  She was recognized in 2010 with the University of Maryland Regents Faculty Award for Research and Creativity.  In 2014, Moss joined the faculty at Johns Hopkins University, where she enjoys teaching and research collaborations with students, postdocs and faculty in the Krieger School of Arts and Sciences, Whiting School of Engineering, and the School of Medicine.  Her recent awards include the Hartmann Award in Auditory Neuroscience (2017), the James McKeen Cattell Award (2018) and the Alexander von Humboldt Research Prize (2019).  She is a Fellow of the American Association for the Advancement of Science, the Acoustical Society of America and the International Society for Neuroethology.

How does the brain represent dynamic sensory information from the natural environment?  How are sensory and motor activity patterns coordinated to direct actions in 3D space? My lab investigates these questions through studies of echolocating bats, animals that perceive their surroundings by producing high frequency sounds and listening to information carried by echo returns.  Bats exhibit a rich display of natural sensory-guided behaviors, which we capture in high-speed audio and video recordings of animals engaged in social interactions, target discrimination and tracking, obstacle avoidance, and navigation.  We also conduct multi-channel wireless neural recordings from free-flying bats, which we use to study brain systems of animals engaged in natural behaviors.  Current research projects focus on mechanisms of sensorimotor integration, scene perception, spatial attention, and memory.

American Association for the Advancement of Science (2012)

Institute for Systems Research Outstanding Faculty of the Year Award, with collaborators, Horiuchi and Krishnaprasad (2009)

Other Honors and Awards 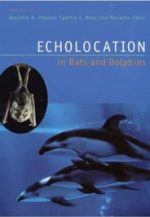 Echolocation in Bats and Dolphins 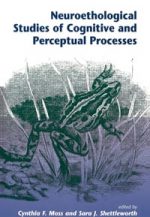